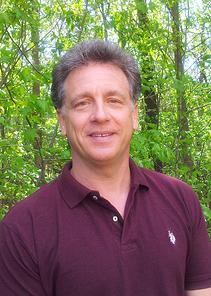 Dr. Thomas Blake, DC has been a practicing chiropractor in North Carolina for over 20 years.  After high school he attended Ramapo College in New Jersey where he graduated on the Dean’s List with a Bachelor of Science degree in Biology.  He then attended New York Chiropractic College and graduated in 1988.  His practice career began in New York but he decided to relocate to North Carolina in 1995.

Dr. Blake has always believed in giving back to his community and has proven this with his years of service to many different organizations.  He was on the board of directors of the Greensboro Make a Wish Foundation for 2 years, he has also been a member of the Ruritans and the Rotary club, and is presently on the board of directors of his local Chamber of Commerce for his 9th year.  Dr. Blake has also had the opportunity to go on a mission trip in 2008, where over 100 chiropractors from around the world brought the healing benefits of Chiropractic care to the Dominican Republic.

​Through his career, Dr. Blake has also been fortunate enough to help many people with a wide variety of back related issues. He has specifically enjoyed working with athletes.  He has had the privilege of working with many noted athletes including members of the 1992 US Olympic hockey team, players from the Boston Celtics, professional tennis players, and a world ranked power lifter. Dr. Blake was also the team chiropractor for the Dynamo in 1996-97, the professional soccer team in Greensboro. In 1994 Dr. Blake received special recognition from the1984 Olympic gold medalist, Mary Lou Retton for his work with athletes and for his extensive public speaking work targeting school age athletics and the benefits of Chiropractic care.

Although Dr. Blake, as a chiropractor, does not specifically treat depression he has seen the devastating effects the condition has had on his patients’ health, physically, mentally and emotionally.  He has also seen some of the challenges and limitations medicine can have for this disabling condition.  He is aware, as many physicians are, as to the physical ramifications depression can have on the health of an individual. Seeing those devastating effects pushed Dr. Blake to start looking for a new alternative approach which might provide some benefit to these suffering individuals.

Seeking Depression Relief​
His quest for a new innovated alternative approach to the treatment of depression began in the spring of 2011. During an office visit one of his patients was telling Dr. Blake about her son, a senior in high school, and about his battles with depression.  His depression was so bad that he was incapable of even going to school.  He had become a prisoner in his own home.  The boy had seen multiple doctors who prescribed countless medications without any improvements.  The mother stated that the medicine turned her son into a zombie, and he still couldn’t leave their home.  The final medical recommendation was to have her son committed.  This story truly touched Dr. Blake, who stated: “there is nothing more painful than to see a mother anguish over her child”.  From that day forward he started his research. For about 8 months he read everything he could relating to proven, researched, alternative treatments for depression. Learn more about his findings ​HERE.